Many areas within the Camlachie Burn catchment were devastated by flooding in July 2002. The burn was one of the contributing factors in the flooding. The historic lack of capacity has not only caused flooding but hindered the regeneration of the East End.

The Camlachie Burn Overflow (CBO) was a £14m project to construct a 1300m long, 2.7m diameter flood by-pass tunnel, with a capacity of 11.8 cubic meters per second, from the Camlachie Burn at Camlachie Street to the River Clyde.

The CBO created additional capacity in the lower section of the Camlachie Burn to allow the development of flood alleviation schemes.

The works were constructed in conjunction with the East End Regeneration Route and in advance of the Glasgow 2014 Commonwealth Games Athletes Village.

The 1300m long, 2.7m diameter tunnel runs from the Camlachie Burn at the Gallowgate, under the Emirates Arena / Sir Chris Hoy Velodrome and the neighbouring Athletes' Village, to discharge via a new outfall structure, to the River Clyde. It also passes beneath the East End Regeneration Route, the new £25m road which links that part of Glasgow to the M74.

Scottish Water also completed significant work which has helped improve the environment in and around the Camlachie Burn. This work included the installation of a new storm overflow in the car park area of the Forge Retail Park and the abandonment of a storm overflow in Camlachie Street, which involved investment of more than £2m to improve screening and ensure a reduced volume of sewage spilled into the Camlachie Burn in storm conditions.

The CBO provides a conduit for future, local, surface water discharges to be directly connected (following appropriate SuDS treatment) and discharge to the watercourse, rather than the local combined sewer. 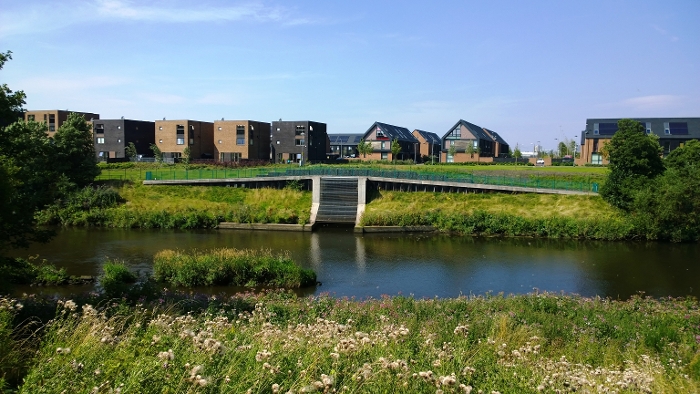