Construction of Europe's first ever 'smart canal' scheme, which will use the 250-year-old Forth & Clyde Canal and 21st century technology to mitigate flood risk as well as enable massive regeneration, has started in Glasgow.

The North Glasgow Integrated Water Management Scheme (NGIWMS) project, being delivered by Glasgow City Council, Scottish Canals and Scottish Water, will use sensors and predictive weather technology to provide early warning of wet weather before moving excess rainfall from residential and business areas into stretches of the canal where water levels have been lowered by as much as 10cm.

This will create 55,000 cubic metres of extra capacity to transport surface water from North Glasgow to the River Kelvin during storms.

The pioneering new digital surface water drainage system will unlock 110 hectares across the north of the city for investment, regeneration and development, paving the way for more than 3000 new homes at sites such as Cowlairs, Hamiltonhill, 100 Acre Hill and Ruchill Hospital over the next 10-15 years.

The project started on site in May 2018 and is expected to be completed September 2019. 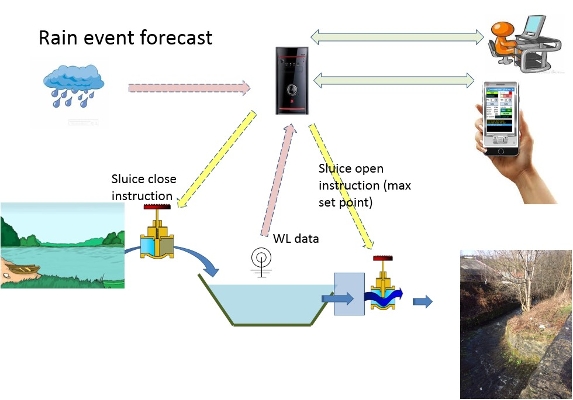 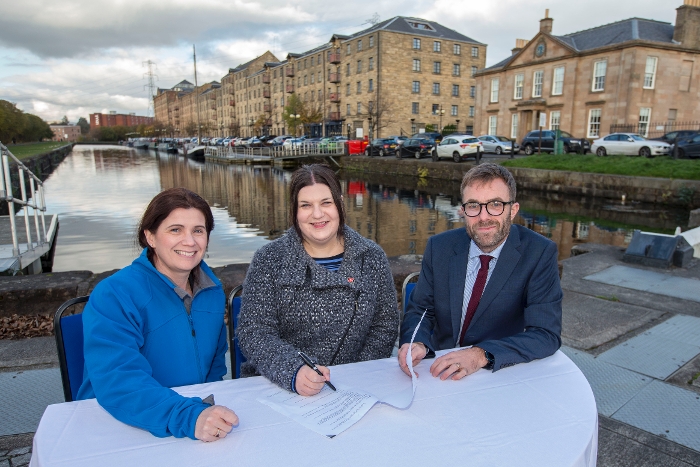 Councillor Susan Aitken, Leader of Glasgow City Council and Chair of the Glasgow City Region City Deal Cabinet, said: "This is a fantastic day for Glasgow's Canal, as we mark the introduction of cutting-edge technology that will both allow surface water in this part of the city to be managed, and allow the building of new homes and businesses on land that historically have been unfit for development.

"It is very exciting to see such smart technology in operation in Glasgow - one of very few examples in the world - and we can look forward to it playing a key role in the continued regeneration of Glasgow's Canal and the north of the city."

Catherine Topley, CEO at Scottish Canals, said: "By unlocking the inherent value of Glasgow's Canal and diversifying how we use this publicly-owned heritage asset, we are ensuring it continues to deliver for local people 250 years after it was first built.

"Creating a dynamic urban canal which uses smart technology to move water safely about the city will not only reduce the flood risk impact of climate change, but act as a catalyst for new investment, jobs, homes and businesses in North Glasgow as well as help to create one of the city's top tourist destinations."

For further information on the project, visit the Scottish Canals website - https://www.scottishcanals.co.uk/news/glasgows-smart-canal-is-a-first-for-europe/