Enabled by funding from the Glasgow City Region City Deal - www.glasgowcityregion.co.uk, Scottish Water and the Water Environment Fund - www.sepa.org.uk/environment/water/water-environment-fund, managed by SEPA on behalf of the Scottish Government, the Garrowhill / Baillieston SWMP comprises work at both Early Braes Park and Sandyhills Park, as set out in the previous eNewsletter.

Works have been impacted by delays associated with Covid-19, but are progressing well, and forecast to be completed in early 2021.

Early Braes Park - the formation of a new SuDS basin to manage surface water from roads at Pendeen Rd / Crescent area, before discharging to the Tollcross Burn. This will remove surface water from the combined sewer network and ensure it is appropriately attenuated and treated before discharge to the watercourse. This element of the works is being undertaken in partnership with Network Rail to form new piped crossings beneath the railway embankment. 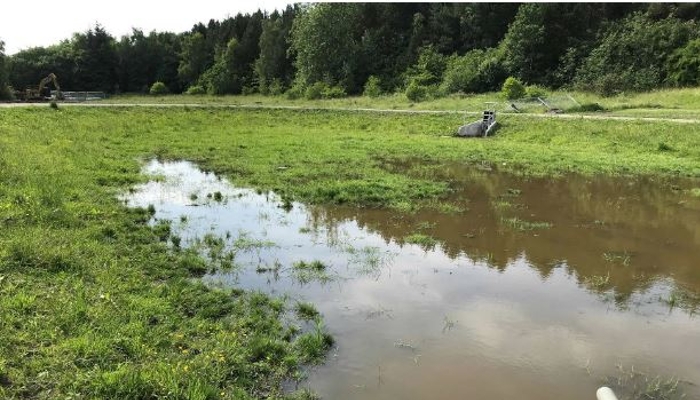 Sandyhills Park - the Tollcross Burn, which has run under the park in a culvert since the 1950s, is being day-lighted along its original route. This will provide morphology and bio-diversity benefits, as well as providing more space for the water in the form of flood attenuation / storage by opening up the watercourse. 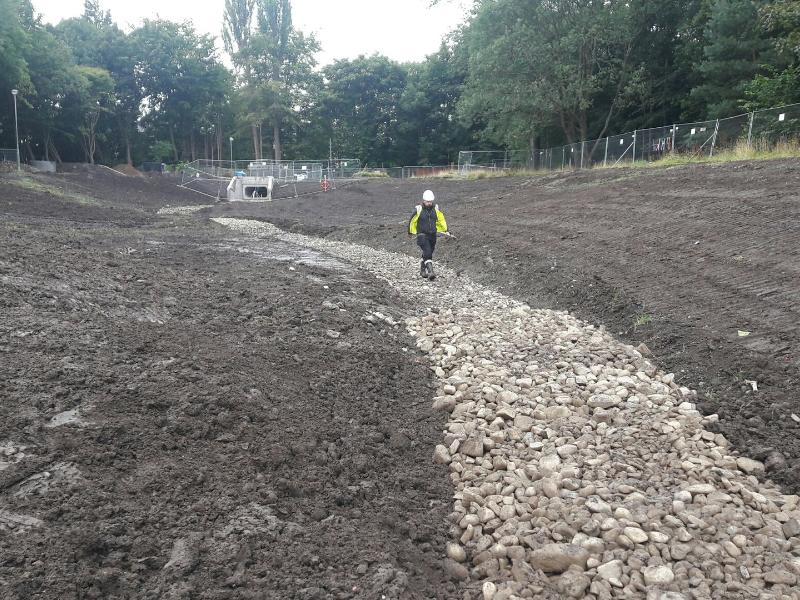 Open section of Tollcross Burn being formed along its former route, to replace existing, below-ground, culvert

Further information on this element of the project is available on the SEPA YouTube channel here - www.youtube.com/watch?v=80AJsqVrIuM