At Sandyhills Park, the work to deculvert, or 'daylight', the Tollcross Burn, which has run under the park in a culvert since the 1950s, is now complete. A length of circa 250m of open watercourse has been created along the original route of the burn. This provides morphology and bio-diversity benefits, as well as providing more space for the water in the form of flood attenuation / storage by re-creating floodplain, which will help to stimulate regeneration in the area. 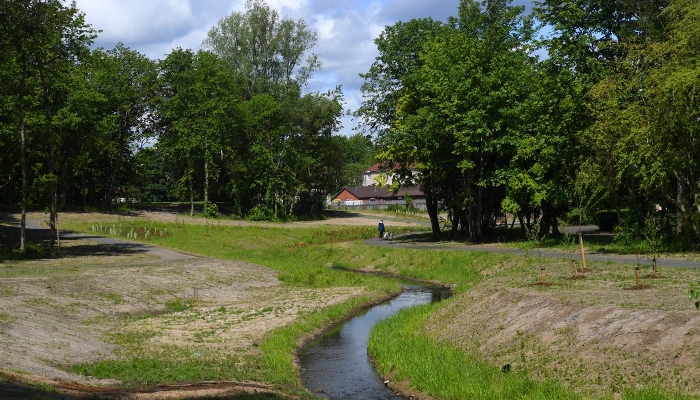 The connectivity of the park has also been greatly improved, with the installation of a brand-new footbridge over the burn. 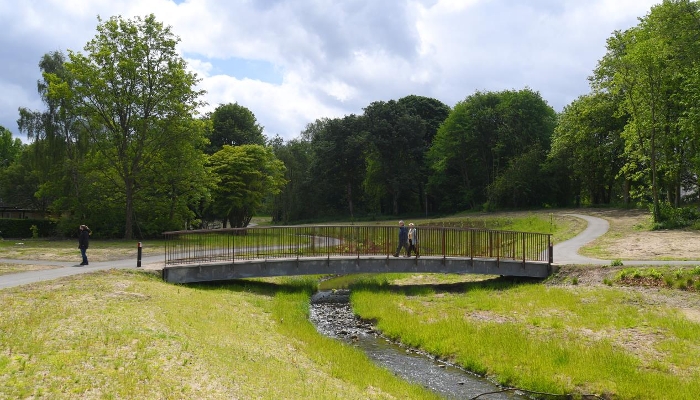 Works at Early Braes Park to form a new SuDS basin, to manage surface water from roads at Pendeen Road / Crescent area, before discharging to the Tollcross Burn, have been completed. This will remove surface water from the combined sewer network and ensure it is appropriately attenuated and treated before discharge to the watercourse. The next phase of works is being undertaken in partnership with Network Rail to form new piped crossings beneath the railway embankment. 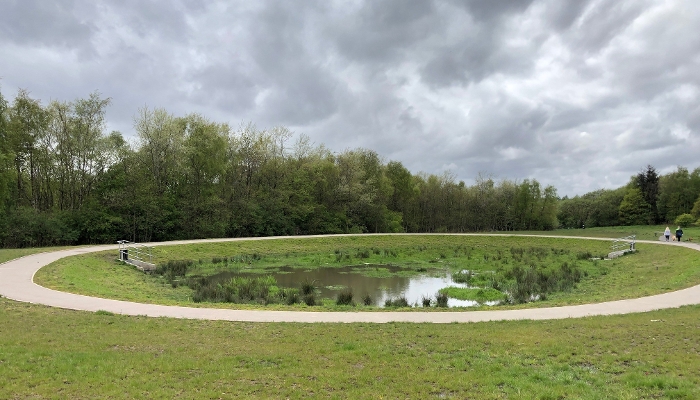 New biodiversity 'scrapes' have also been formed in the park, along with the partial completion of a flood storage headwall and embankment, which will be completed once the railway crossing and works in Pendeen Road are complete. The headwall will manage high flows on the Tollcross Burn during storm events, and hold back water, using some of the park as temporary storage. 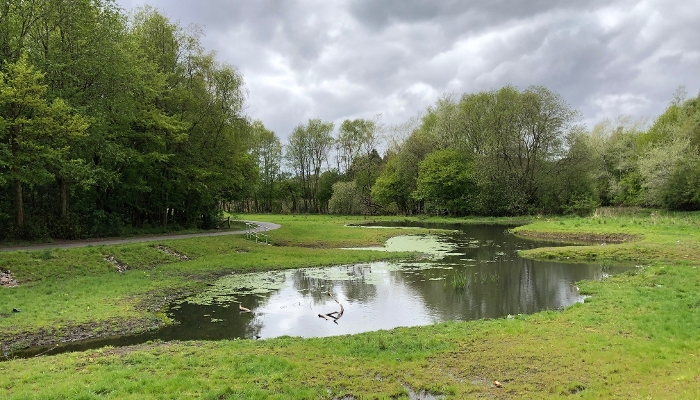 This project started on site early 2019 and is due to be completed autumn 2022.