Scottish Water is working with MGSDP partners to transform an ageing network into a modern, integrated, and sustainable drainage system fit for the needs of 21st century Glasgow.

This investment includes upgrades to around 200 Combined Sewer Overflows (CSO's), which will improve the natural environment of the River Clyde and tributaries such as the River Kelvin and White Cart Water.

It also includes interventions to remove excess surface water from areas with known 'pinch points', which cause restrictions in the system. Below is just a flavour of some of the projects that have been carried out across Greater Glasgow to upgrade Victorian infrastructure, reduce flooding and improve the local environment.

The flagship Shieldhall Tunnel project, in the south of Glasgow, is the biggest waste water tunnel ever to be built in Scotland.

The £100m tunnel is improving water quality in the River Clyde and reducing flooding issues at key locations.

The tunnel was constructed using a specially designed, 1,000 tonne, 180-metre-long, tunnel boring machine. At 3.1 miles it is five times longer than the Clyde Tunnel and it's 4.7 metres diameter is big enough to fit a double decker bus inside. The tunnel has the capacity to store 90,000 cubic metres of water - equivalent to 36 Olympic size swimming pools.

Tunnelling started in July 2016 and the tunnel was brought into service in July 2018. 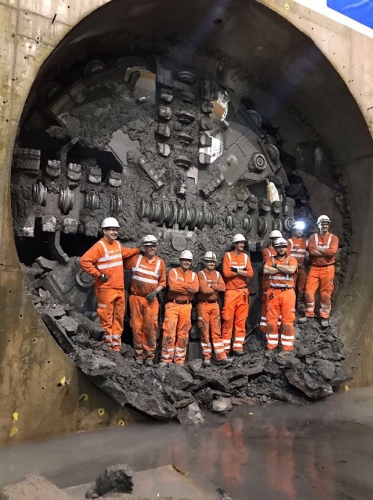 A 3 minute video showing the story of the Shieldhall Tunnel can be found here.

Two major projects to tackle flooding that has affected 47 properties in the Springburn area of Glasgow have been completed as part of Scottish Water's ongoing investment in the city's waste water infrastructure.

The projects, which involved a total investment of more than £16m, will reduce the risk of flooding which has affected 34 properties in the Elmvale Row area and 13 in the nearby Avonspark Street area.

The Elmvale Row project included the installation of two giant storage tanks providing 13,500 cubic metres of storm water storage in the sewer network to alleviate the surcharging of the sewer system. 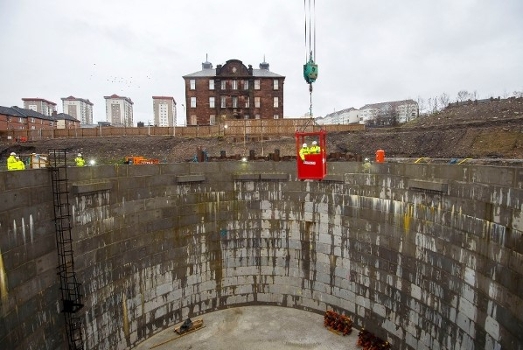 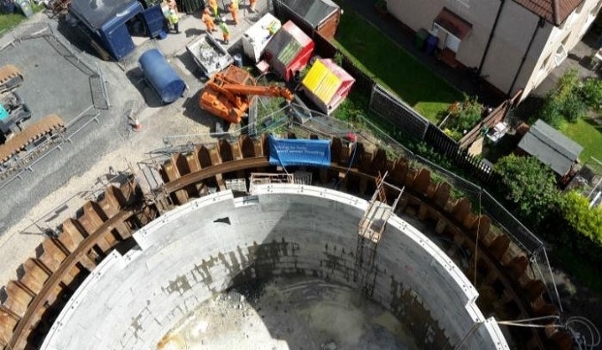 Below ground storage tank under construction

This fully integrated flooding solution has been developed in conjunction with Glasgow City Council and East Dunbartonshire Council.

The project involves the upsizing of a local sewer and new pipework being installed to upgrade the existing sewer network and help reduce the risk of flooding in areas of Bearsden and Drumchapel. The work being done here will also help protect the local environment.

Work began in October 2019 and is now close to completion with reinstatement work including tree planting due to begin soon.

More information can be found on the Scottish Water website here.

Work to improve the wastewater infrastructure in the Yoker area of Glasgow and part of Clydebank includes a new sewer tunnel in Yoker, installed using a special tunnel boring machine and the construction of two new Combined Sewer Overflows (CSOs). This investment will help improve the water quality and natural environment of the River Clyde and tackle flooding issues.

More information on the project can be found here.